The Spirit of Arete

Our name and ethos are derived from the classic Greek period when to be declared as Arete meant to be recognised as a leader in one's profession with total commitment to the key principles of "quality, integrity and reaching the maximum of their potential."

Our Arete consultants do not make any concessions in these three fundamental principles when delivering solutions for our customers. Our commitment to the spirit of Arete ensures we only work with the best of the best. 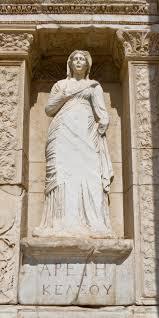 Arete ( Greek: ἀρετή), in its literal sense, meant "excellence of any kind".

In its earliest appearance in Greek literature, this declaration of excellence was ultimately bound up with the notion of the fulfillment of purpose or function: the act of living up to one's full potential in whatever task or profession the individual undertook.

The term from Homeric times onwards is not gender specific. Homer applies the term to both the Greek and Trojan heroes as well as major female figures, such as Penelope, the wife of the Greek hero Odysseus. In the Homeric poems, Arete is frequently associated with bravery or leadership, but more often with effectiveness.

"The man or woman who is Arete is a person of the highest  effectiveness; they use all their faculties - knowledge, integrity and experience - to achieve positive results." 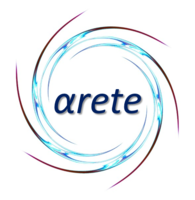